Etienne vantKruys, a globe-trotting cryptocurrency investor from Amsterdam, was hunting for a new investment two summers ago when he met some early backers of Luna, a digital coin that offers a framework for decentralised finance. Impressed by their commitment to the project, he bought $25,000 of Luna for 20 to 35 cents a coin.

These days, despite a recent fall in cryptocurrency prices, the value of a Luna coin is up to around $50. VantKruys’ original investment? It’s now worth about $5 million on paper. “Dude, man,” he said on a recent call, “we’re in some happy country.”…

Even after the drop in cryptocurrency prices dampened some of the hype, the gains remain staggering. The value of Solana, a cryptocurrency platform that provides an alternative to Ethereum, has grown by more than 6,000 per cent since January 2021. The price of Cardano, another crypto platform with its own currency, is up 500 per cent. 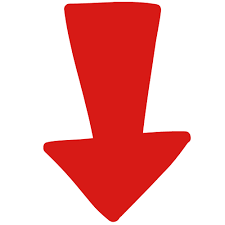 The wealth generated by these coins shows how widespread the cryptocurrency phenomenon has become. More than 11,000 digital currencies exist, and anybody can create one with a bit of coding. Some of the coins are tied to complex “DeFi” projects, which offer decentralized borrowing and lending options, while others serve as currency in video games like Axie Infinity. These currencies, usually created for some kind of practical application, are distinct from meme coins like Dogecoin, a joke currency that soared in value last year.

“Every type of financial service is now being replicated in these decentralized environments,” said Stephen McKeon, a cryptocurrency expert at the University of Oregon. “This is what’s driving all the investment.”

The investors profiting from obscure coins come from a variety of backgrounds. There are industry aficionados who had already made money on Bitcoin and Ether, and newcomers who have notched impressive gains practically overnight.

In interviews, members of this new class of crypto millionaires said they were still figuring out what to do with their growing wealth. Some have made splashy purchases, renting fancy apartments or partying in foreign countries. Others have relocated to tax havens like Puerto Rico or quit their day jobs as they plowed even more money into an ever-expanding set of tokens.

In January, Cal Graham, 28, a British cryptocurrency speculator, invested $200,000 in a new token called LooksRare, which is part of a trading platform for the unique digital collectibles known as NFTs, or nonfungible tokens. He sold all his LooksRare holdings less than two weeks later, walking away with nearly $500,000 in profits.

Graham, who lives in a luxury apartment in London, became a crypto millionaire through his investment in Ether, the second-most-valuable digital currency behind Bitcoin. He said he had made at least $1 million more by trading lesser-known currencies like LooksRare.

“I’m a simple man, I like simple pleasures,” he said. “I will be buying myself an expensive car and an expensive Rolex at some point.”

A former human resources officer, Graham described himself as “semiretired,” with a daily routine that often consists of several hours of intensive tweeting (he doles out market analysis to his 90,000 followers), boxing practice at the local gym and movies in the evening. Eventually, he plans to funnel his LooksRare profits back into the cryptocurrency market.

But as some people mint millions from little-known cryptocurrencies, others have seen impressive gains disappear overnight. For every Solana or Luna, there’s an out-of-the-way token that shoots up in value, only for its price to collapse. Some of these projects are scams, or what industry experts call “rug pulls,” in which someone aggressively markets a coin, then immediately liquidates the holdings, leaving investors with major losses.

“There’s too many pockets of froth that lure a lot of people who are just getting crushed and duped,” said Ed Moya, a cryptocurrency analyst at the trading company OANDA. “You have a lot of social media influencers that are pumping up certain coins that are worthless.”

Even paper gains from a successful investment in a legitimate coin can turn out to be just that: paper gains. That’s because it’s difficult and labour-intensive to convert large amounts of cryptocurrencies into dollars. Some little-known coins are unavailable on mainstream exchanges like Coinbase, meaning they first have to be converted into a better-known cryptocurrency, like Ether or Bitcoin, said Philip Gradwell, the chief economist at the crypto tracking firm Chainalysis.

A sudden conversion of a large amount of cryptocurrency can also be dangerous, causing the price of the coin to collapse as it’s turned into dollars.

“You cannot ever just get all out, or get your money out with immediate effect,” said Adrian Zdunczyk, a former musician who trades digital currencies full time from his home in Warsaw, Poland. “You’d just dampen the market or crush the market. It doesn’t work in your favor.”

Zdunczyk, 28, said he had made several million dollars from his crypto investments, more than half from obscure coins. Once, he said, he recorded profits of $150,000 in two days after buying e-Radix, a token for DeFi projects. To avoid a drop in prices, he has learned to withdraw only a small portion of his profits at a time, while keeping the rest in the crypto market.

Zdunczyk has used some of his new income to help his parents pay off their debts, and he recently donated $15,000 to a parrot sanctuary in Arizona. He also has three parrots of his own. “I found an amazing love,” he said. “Beautiful creatures.”

Zdunczyk has steered some of his other profits into less volatile investments, like real estate and even gold, which Bitcoin was specifically intended to replace. “I’m a huge fan of commodities,” he said.

Some of the new crypto millionaires have found more sophisticated ways to protect their wealth, joining earlier generations of wealthy Bitcoin investors in offshore tax havens like St. Kitts and Nevis.

“They say, ‘Why do I need to be a US citizen, what’s the benefit?’” said Armand Tannous, a wealth management executive who advises crypto investors seeking citizenship in other countries. “‘I’m a global citizen, I don’t need to live in the US anymore, I don’t need to pay taxes anymore.’”

Brenda Gentry, 46, a cryptocurrency speculator from San Antonio, said she started buying Bitcoin in 2020 before switching her focus to lesser-known tokens like Bund, which is tied to a decentralized sports-betting network. Gentry’s Bund trades netted her around $400,000 in profits, she said, and her total portfolio is now in the mid-six figures, after taking a hit from the recent drop in prices.

“It’s like a child walking into a candy store,” Gentry said, noting that she can buy one token, then convert it into another, and then another.

On top of her cryptocurrency investments, Gentry, a former mortgage underwriter, has found work as a consultant advising DeFi and NFT projects. She’s planning to use her cryptocurrency income to buy an acre in San Antonio. She wants to build a house, with a crypto mining operation in a storage unit next door.

Many people who have gotten wealthy through little-known cryptocurrencies said they didn’t plan to cash out. They said they preferred to HODL, or hold on for dear life, and keep speculating.

Consider vantKruys, the Luna investor. He said he recently used about $1 million of his cryptocurrency holdings to buy a house for a loved one. But he has no interest in selling his stash of Luna, despite market volatility that led to a drop from $99 to below $50 per coin between December and January.

Recently, he has become fixated on another obscure token, Pocket Network, that offers digital infrastructure for a range of blockchain initiatives. (VantKruys, the managing partner at the crypto fund TRGC, is an adviser on the Pocket Network project.)

VantKruys once heard about a Dutch investor who had sold his house to make a huge Bitcoin purchase. At the time, he said, he thought the man was insane, but now he’s contemplating a similarly substantial investment in Pocket Network.

“My dude, it’s just the first crypto where I’ll probably do something crazy,” he said. “You’re at the poker table — you’re like, all in.”